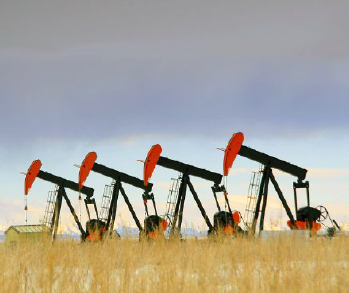 The past few years have been brutal for the junior oil sector. The sustained oil price downturn of 2014-2017 obliterated the small-cap oil and gas landscape, and those that remain are still battling high costs and low returns.

With oil prices having rebounded to a recent range of $55-$75 per barrel, it is time for savvy investors to scour the oil and gas marketplace for those surviving junior companies that will provide superior returns. The winning attributes come down to this:

One of the lowest-cost oil and gas plays in North America is the Oklahoma STACK.

The STACK fields were originally developed by the majors (Exxon, Texaco and Shell) and were drilled vertically. The recent introduction of horizontal drilling and hydraulic fracturing has reinvigorated the play, and billions of dollars of investment have been directed into the STACK basin because of the repeatable stacked, multi-zone successful drilling and development across the play. While the larger U.S. E&Ps continue to have significant assets and investments in the STACK, during the recent oil price downturn a number of smaller companies were forced to divest their investment.

Enter Jericho Oil (TSX-V: JCO), a well-capitalized junior company with a strategy of buying low in proven plays. Having recognized the value of low-cost production in Oklahoma and the STACK basin, management set out with systematic precision to acquire a significant land base in this region.

Today, Jericho, with its private jointventure partner, owns and operates three high-quality oil and gas plays across Oklahoma, including ~16,000 acres in the prized STACK play, through its STACK Joint Venture (STACK JV).

Large E&Ps such as Continental Resources, Devon Energy, Marathon Oil, Newfield Exploration, Chesapeake Energy, XTO (Exxon) and Alta Mesa Resources, collectively hold over 1 million acres in the STACK play. Why? Because of the superior well results from stacked-pay formations. The STACK boasts top-tier well economics similar to the Permian, which translate to very low breakeven prices near $25-$30 per barrel, which help insulate Jericho to the downside.

Jericho has assembled its low-cost STACK acreage through the backing of its long-term shareholder base. Of note are three of the largest investors in Jericho: the Breen Family (Ed Breen, CEO of the chemical and agriculture giant DowDuPont), Gibralt Capital (Vancouver’s Belzberg family) and a prominent Oklahoma oil family. While the equity and credit markets were virtually closed to E&Ps during the oil price downturn, Jericho was the exception, raising $45 million in equity with its key shareholders, enabling it to aggregate a sizable, high-quality land position at the bottom of the market.

“We believe Jericho will have significant growth opportunities ahead of it and be well positioned as a leader in the STACK,” said Brian Williamson, CEO of Jericho Oil.

"Canada should introduce a total ban on the buying and selling of all handguns", Prime Minister Justin Trudeau has said. His government is proposing a new law that would freeze private ownership of all short-barrelled firearms.

Canada continues to stand with the people of Ukraine, and is committed to helping Ukrainians find safe haven. That includes helping them travel to Canada and putting in place the necessary supports for Ukrainians and their families so they can be successful after they arrive.

We have learned to wash our hands. We keep our distance at grocery stores and walking down the street. We know that we must protect the vulnerable. Do we need to wait several weeks to start opening non-essential businesses?