Anthony Shim has a palpable presence as he stands outside the Vancouver Playhouse at the hometown premiere of his feature film Riceboy Sleeps.

The world premiere was on Sept. 11 at the Toronto International Film Festival. At that event, Shim was a relatively unknown, young filmmaker. What a change a few weeks can make. He stands in front of this crowd as winner of TIFF’s prestigious Platform Prize – an award given for bold directorial vision. The choice was unanimous among jury members for the prize, saying in a news release “It balances social realism with pure poetry. Plus it’s very funny.”

In an interview with Business Edge, Shim shakes his head as he remembers getting a call from TIFF senior programmer Steve Gravestock near the end of the 11-day festival.

“I was in an Uber going to my hotel pretty late at night, and I’d been drinking some wine. And (Gravestock) said, ‘Guess what? You won! You won the Platform prize!’ It was so noisy. I was like, what? What did you say? It was so surreal to find out.”

The Platform Prize comes with a $20,000 cheque that will go toward living costs, Shim says with a laugh. He was up against another Canadian film (Viking, a comedy about a group of astronauts directed by Quebec’s Stéphane Lafleur) and eight international nominees.

Shim’s movie about a young Korean immigrant mother and her son living in 1990s Vancouver – and the struggles and triumphs they experience – stole the show.

Shim says the film is auto-biographical, with a touch of fiction thrown in to keep the story flowing. As a young Korean Canadian in a Vancouver suburb, he dealt with racism and cultural exclusion.

“I wanted to make something as personal and honest as possible without, you know, glorifying or embellishing anything, but just the most beautiful story I could about the sacrifices and the undying love of a parent towards the child.” 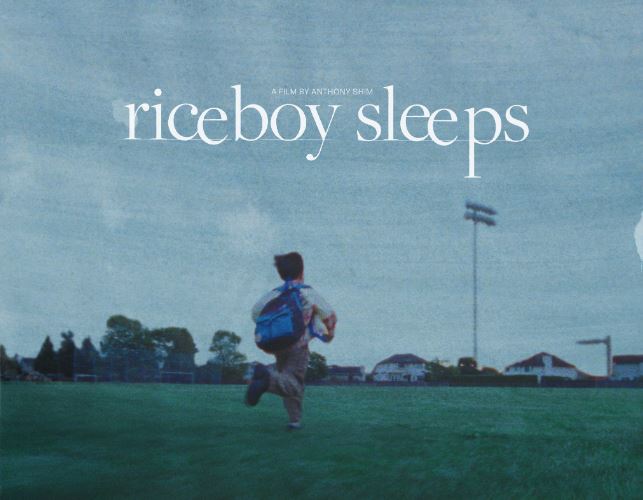 Shim would not reveal the budget for Riceboy Sleeps, other than to say he thinks “Spielberg’s movies probably spend more on catering than what we had.” He acknowledges it is difficult raising money for a small, independent film with no major stars in the cast and an unknown director, adding that the struggle for funds creates a vicious cycle.

“You always have not enough money to execute your film well, and no one is getting paid what they should – like a living wage. And then a lot of times you’re just not well equipped to bounce back from mistakes and errors, and unforeseeable difficulties.

So, when you can’t bounce back from those, the film suffers and then you go ‘Oh, look how bad this movie is. Why should we support another movie like that?’ ”

He credits Telefilm Canada, CRAVE, CBC, a “chunk” of equity financing, and tax credits for getting his script off paper and onto the 16mm film on which it was shot.

He calls the creation of Riceboy Sleeps a combination of chance, luck, and good fortune.

He might want to add efficiency to that list. Shim worked as writer, producer, director, actor, editor, and fundraiser on the film, a career hangover from his early days in the theatre world.

“I just loved working on these stories and these productions with my friends. That slowly turned into me just acting in, and then directing them, you know, and I was also producing (the plays), and I was the lighting designer. I was the costume designer, the set designer, along with my friends who’d all chip in, but I didn’t know that there were titles for these things. Before I knew it, I was wearing all these hats without realizing I was. And so that approach just translated into filmmaking as well.”

Shim says he doesn’t know what impact winning the Platform Prize will have on his career, but he expects it will help with sales distribution of Riceboy Sleeps, which is scheduled to hit the theatres in 2023.

But the reviews will have to get the attention of investors. Critics fawn over the movie, calling it poignant, beautiful, a melancholy coming-of-age film directed by a “significant” new director.

Shim is already working on his next project, based on stories during the COVID-19 pandemic of crimes being committed against Asian Americans and Asian Canadians.

“It was very difficult to hear about it and read about these things, and not feel some kind of way about it. I feel a certain amount of responsibility to touch on current events

And this, I feel, I can’t really ignore it. It’s just a little too immediate for me. And so, I am working on a script on a film set in Chinatown during the pandemic era.”

Of course, he will be looking to the traditional film industry funding agencies along with angels. Angel donors are people who put their own money into something in the early stages of development. Shim has a message for anyone wondering if small Canadian films might just be part of their future investments.

“I’ve always felt like the theatre and cinema, while they are part of an entertainment business, are not too dissimilar from journalism – telling honest, true stories, and commentary about the society we live in today.

“In some ways, I feel like fictional storytelling allows for more truth than journalism at times. So, if anyone feels that there is a place and an importance for those type of stories in our society today, then I think it’s ‘Please!’ I mean, independent cinema needs it.”

Tareq Hadhad, the CEO of Peace by Chocolate, shares an amazing story of an immigrant family’s resilience and the people of Antigonish that adopted the Hadhads and their vision.